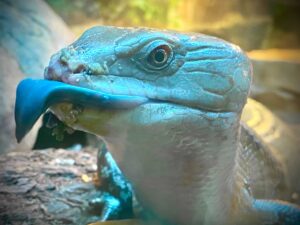 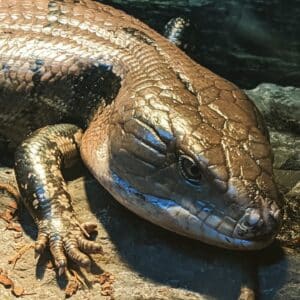 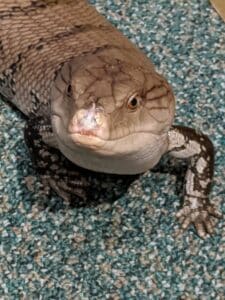 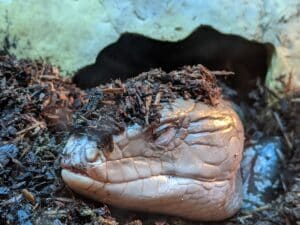 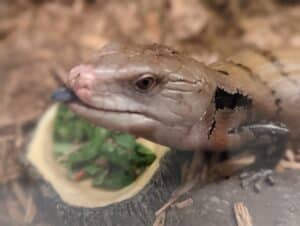 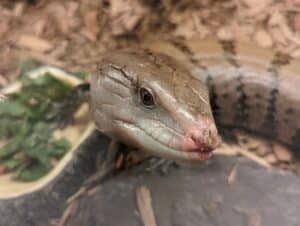 George became an Animal Ambassador in 2020, shortly before the COVID-19 pandemic. He is the largest lizard in the Ambassador crew.
Blue-tongued skinks get their name from–you guessed it–their blue tongue. One of their defensive moves is sticking out their blue tongue, puffing up their body, and hissing to show a predator that they are unpleasant to eat. George doesn’t often stick his tongue out around here because he knows he is safe and well cared for.
Blue-tongued skinks are found in both Australia and New Guinea. In Australia, blue-tongued skinks are very common and are often seen in people’s yards. They are omnivorous and will eat many different fruits and vegetables, as well as insects, snails, or smaller lizards.
Blue-tongued skinks hatch from soft-shelled eggs while still inside the mother, meaning they appear to have live births. They grow to an average size of 12″. They can be quite shy, but with enough socialization, they can become much more confident and friendly with caregivers.
ADOPT GEORGE