Louis and Riel the Crested Geckos 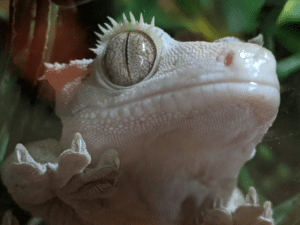 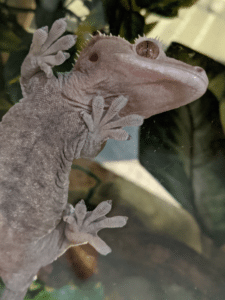 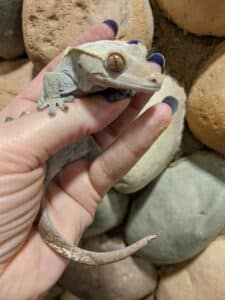 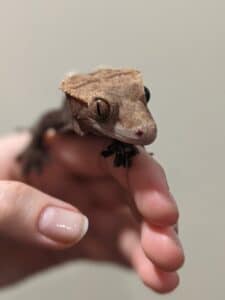 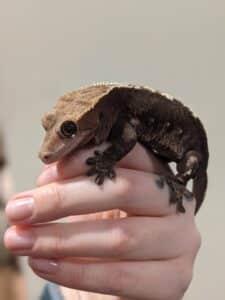 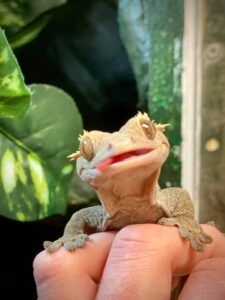 Louis and Riel the Crested Geckos

Louis and Riel are among our first Ambassadors, coming to us way back in 2011! They have been well-loved by the public for many years. They have assisted in countless educational programs, bringing fascination to guests of all ages.
Crested geckos are known for the hair-like projections found above their eyes, resembling eyelashes, as well as a ‘crest’ along the side of their noggins. Did you know Crested geckos don’t have eyelids? Instead, they use their tongues to help moisten their eyes and remove debris.
Crested geckos are small, omnivorous tree-dwelling lizards native to southern New Caledonia, east of Australia. They are crepuscular, meaning that they are most active around dusk and dawn, when they feed on small insects, soft fruit, pollen, and flower nectar. First described in 1866 by French zoologist Alphone Guichenot, these lovely creatures were long thought to be extinct, only to be rediscovered after a tropical storm in 1994. Today, they are one of the most common gecko species in the pet trade, second only to the leopard gecko. The biggest threat to this species in the wild is predation by invasive fire ants, followed by habitat loss due to introduced species of deer and pig.
ADOPT LOUIS AND RIEL