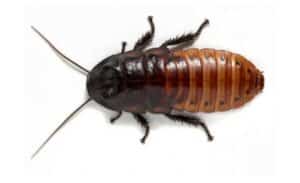 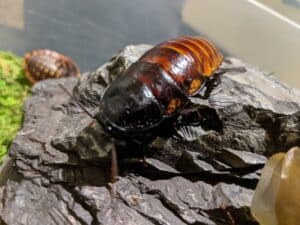 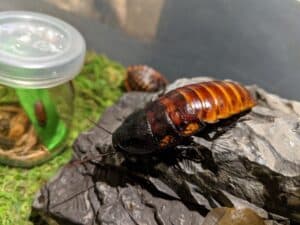 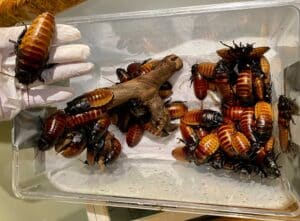 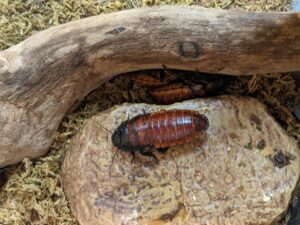 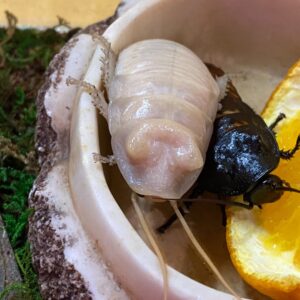 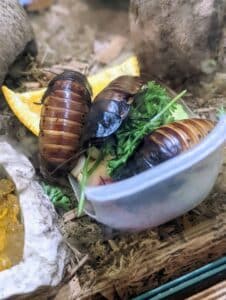 We have dozens and dozens of these little insects in the Biome. Though they may not be considered very adorable to many, we think they’re pretty special.
This species of cockroach is shiny, brown, and oval-shaped. They do not have wings and have a single pair of antennae. Males of the species have large horns, making them stand out from female cockroaches.
This species does not generally inhabit human dwellings like their cockroach counterparts. They live on forest floors and feed primarily on fruit or plants.
Although most hissing insects make the sound by rubbing together body parts such as legs, Madagascar hissing cockroaches produce their hiss by forcefully expelling air through respiratory openings called spiracles on the fourth segment of their body. Hissing is used during mating and is also a cry of alarm when threatened. Each cockroach has its own characteristic sound, and cockroaches can distinguish between each other’s hisses!
ADOPT A COCKROACH