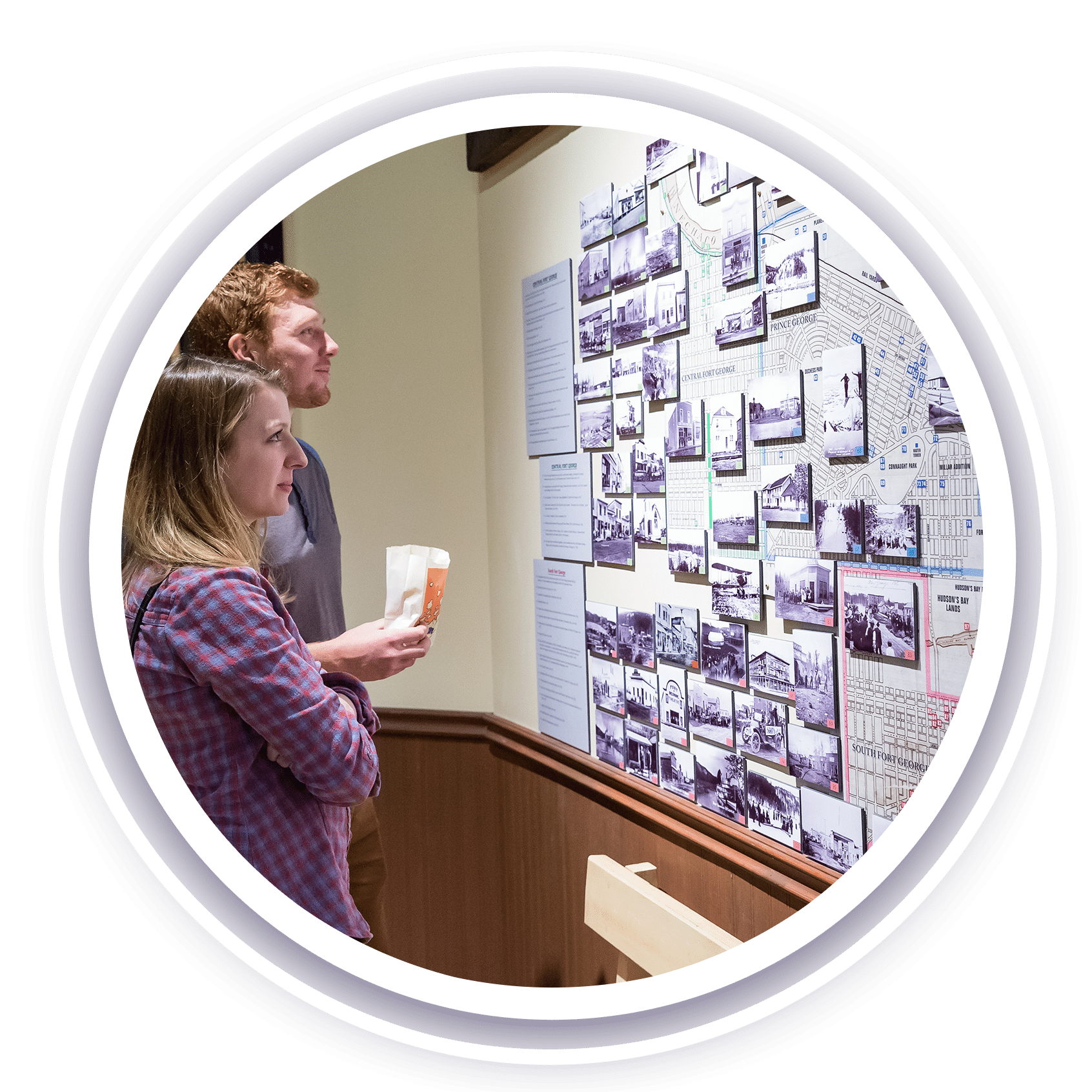 POP UP at
Pine Center
Mall

Temporarily Closed Due to COVID-19.

The Ted Williams History Centre contains permanent exhibits on the post-contact settlement history of the region, highlighting the many diverse groups that contributed to what we now know as Prince George.

Temporarily closed due to COVID-19.

The gallery contains several different interactive spaces—one of which simulates an actual billiards hall environment, complete with a billiards table brought over on the BX steamer. Check out the cork boot marks from early loggers while you play! The gallery also houses a permanent exhibit dedicated to the City’s mascot, Mr. PG.

Williams became involved in local museum projects as early as 1958. He was instrumental in rebuilding the museum and its collection after a disastrous fire in 1975. He served as the founding president of the Fraser-Fort George Regional Museum. His commitment to the museum continued as a donor and through various positions on the Board of Directors.