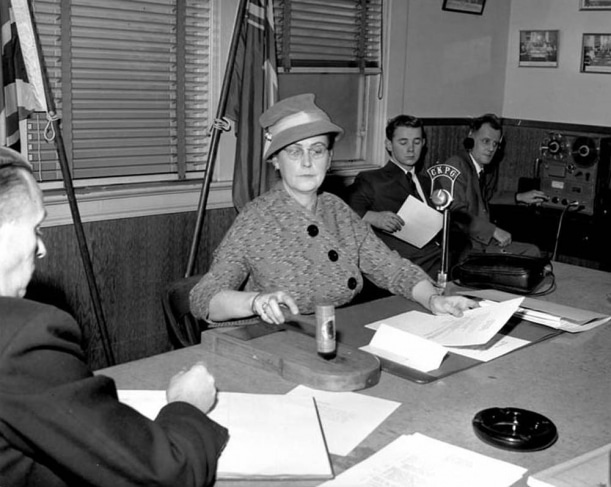 Carrie Jane Gray was the first female mayor of Prince George. She served as mayor in 1958 and 1959 and was the second female in B.C. to be elected mayor. Gray was born in Oklahoma and arrived in Prince George in 1932. Gray also holds another great distinction: she was the first female alderman in Prince George. Gray won the position of alderman in 1952. She held this position until 1957, and successfully ran for mayor in 1958. During her time as mayor of Prince George, Carrie Jane Gray controlled the Health Committee and the Cemetery Committee. Carrie Jane Gray witnessed the opening of Fort George Park and Connaught Hill. After her time as mayor, Gray was again elected as an alderman in 1965, and held the position for a number of years. In the March 28th, 1972 issue of the Prince George Citizen, Gray is quoted as saying:

“Politics is my hobby. Ability and knowledge does not rest on your age, except that I know more now than I did several years ago… My qualifications are the best around here. All kinds of people have told me they will vote for me until they die.”
Carrie Jane Gray died in 1984. Carrie Jane Gray Park was named after this exceptional woman in 1966.