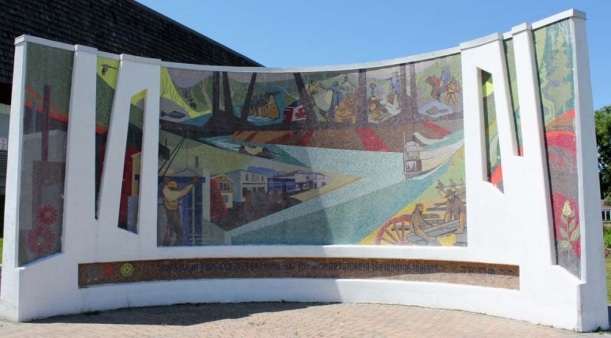 Community Foundation Park is located at the corner of Dominion Street and 7th Avenue.   In 1967 this park was named Centennial Park and a fountain was developed to mark the Canadian Centennial Celebrations. Although the fountain has been removed, the mural remains.  It illustrates the region’s history with theme of nature depicting wildlife, the arrival of Simon Fraser in the early 1800s, the Catholic missions in 1840, the gold miners in 1860, the BX sternwheeler in 1913 and the Grand Trunk Railway in 1914.