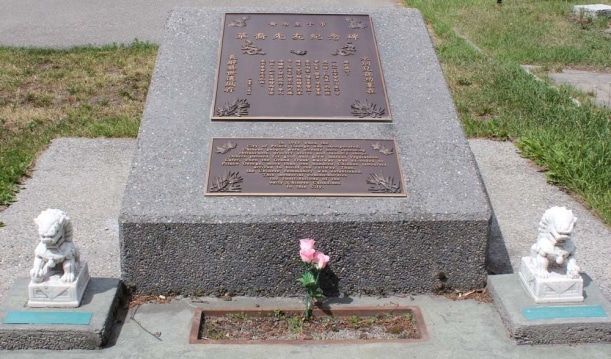 This memorial in the Prince George Cemetery was completed in 2002.

“In 1915 when the City of Prince George was incorporated Chinese people were already here operating restaurants, grocery shops and laundry shops. Others panned for gold and grew market vegetables. Later when the Grand Trunk Railway was extended to Prince George, more than one hundred Chinese labourers arrived to build the railway. Thus, the Chinese community was established. This memorial commemorates the contributions of the early Chinese Canadians to this City.”