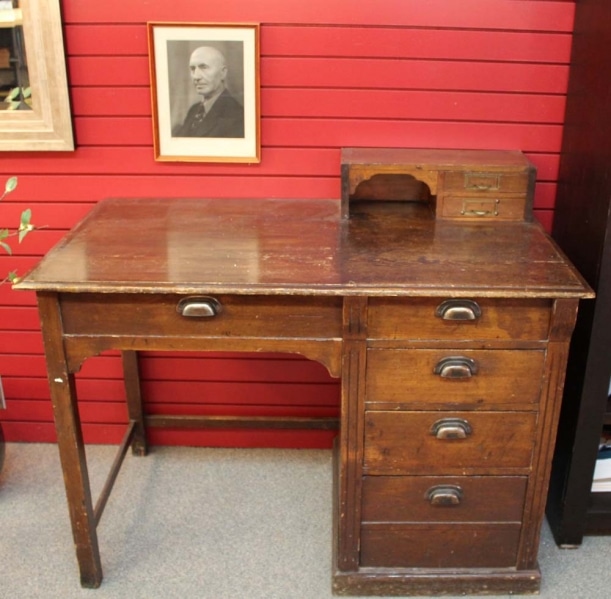 John McInnis came to Prince George in 1910 to practice his trade as a carpenter in the rapidly-growing town site of South Fort George Once his contracting business grew to include lumber sales, he opened the business on a property which took up two square blocks in what is now downtown Prince George. The McInnis Lighting store is situated within the footprint of that area.

John McInnis was a man imbued with a strong social conscience who spoke out about social justice and advocated for improvements in the working lives of labourers, miners and loggers. He spoke out on issues advocating for women’s suffrage and for workers to have their workdays reduced to eight hours and to receive holidays with pay – long before those ideas gained acceptance. He was a strong, respected business leader who became president of the Board of Trade in 1932 and during the Second World War, served as chairman of the local ration board overseeing distribution of scarce commodities. Having prior experience as a Member of the provincial legislature in Grand Forks, he was elected as the MLA for the Fort George riding from 1945 to 1949. During that time, he spoke out in the provincial legislature in 1948 calling for an end to exporting raw logs to the United States.

He continued working in his business until into his 70s, with strength to keep piling lumber which belied his years. Before he retired, he received significant honours. He was named “Good Citizen of the Year” in 1965 by Rotary. The Canadian Forestry Association named their Junior Forest Warden camp for him in 1970, calling it “Camp McInnis.” School District No. 57 also chose to honour him by naming a newly-built high school John McInnis Junior Secondary at its opening in 1972. John McInnis died that year and the Prince George Citizen announced that event with a front page headline reading “City’s Grand Old Man Dead.” The editor paid tribute to him as “a foundation stone of the community.”