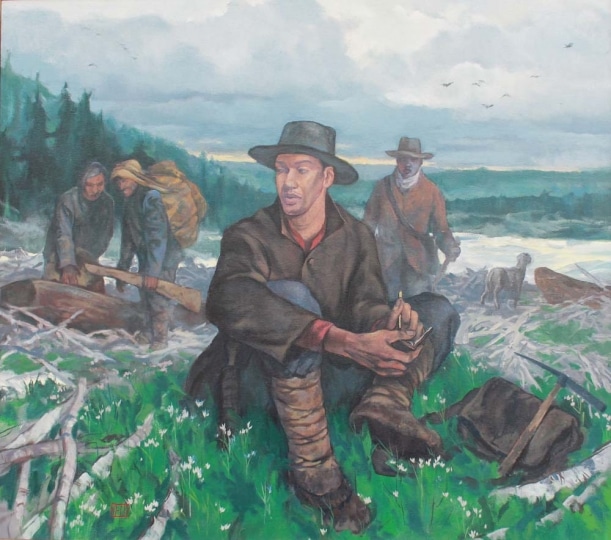 Crossing the Portage by Richard Estell. Oil on canvas, 2002.

Prospectors John R. Giscome and Henry McDame are considered to be the first two non-native men to cross Lhedesti, (“the shortcut”) between the Fraser and Peace river systems. They were shown the trail by two Dakelh guides in 1863; after Giscome described their journey in an article to the Victoria Colonist the trail gained recognition among Europeans, and the route became known as Giscome Portage.