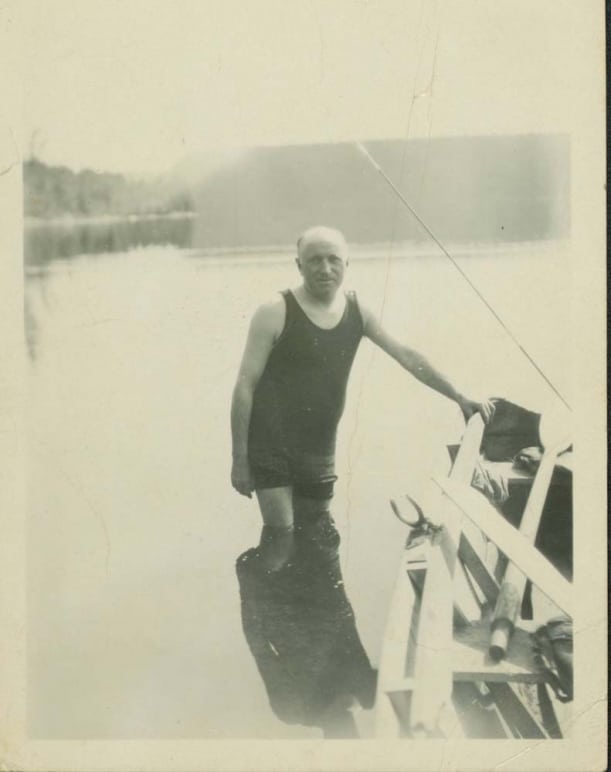 Harry George Perry, taking a dip at Tabor Lake (then known as Six Mile Lake) in 1932.  Perry was a prominent Prince George citizen who owned a clothing shop in downtown Prince George.  He served as President of the Board of Trade for Fort George and was present during early discussions on the formation of our city.  When the first train arrived in Prince George in January 1914 Perry made a speech that was printed in the newspaper of the day.  Perry was our second mayor – he served from 1917 to 1918 and in 1920.  He went on to represent Prince George as an MLA, and became Education Minister in 1940.  Perry subdivision is named after him.